I love origami, and I'm not bad at it. But I'm not sure I could do an origami clothespin. So here's the best I've got.

This is my Sadako. 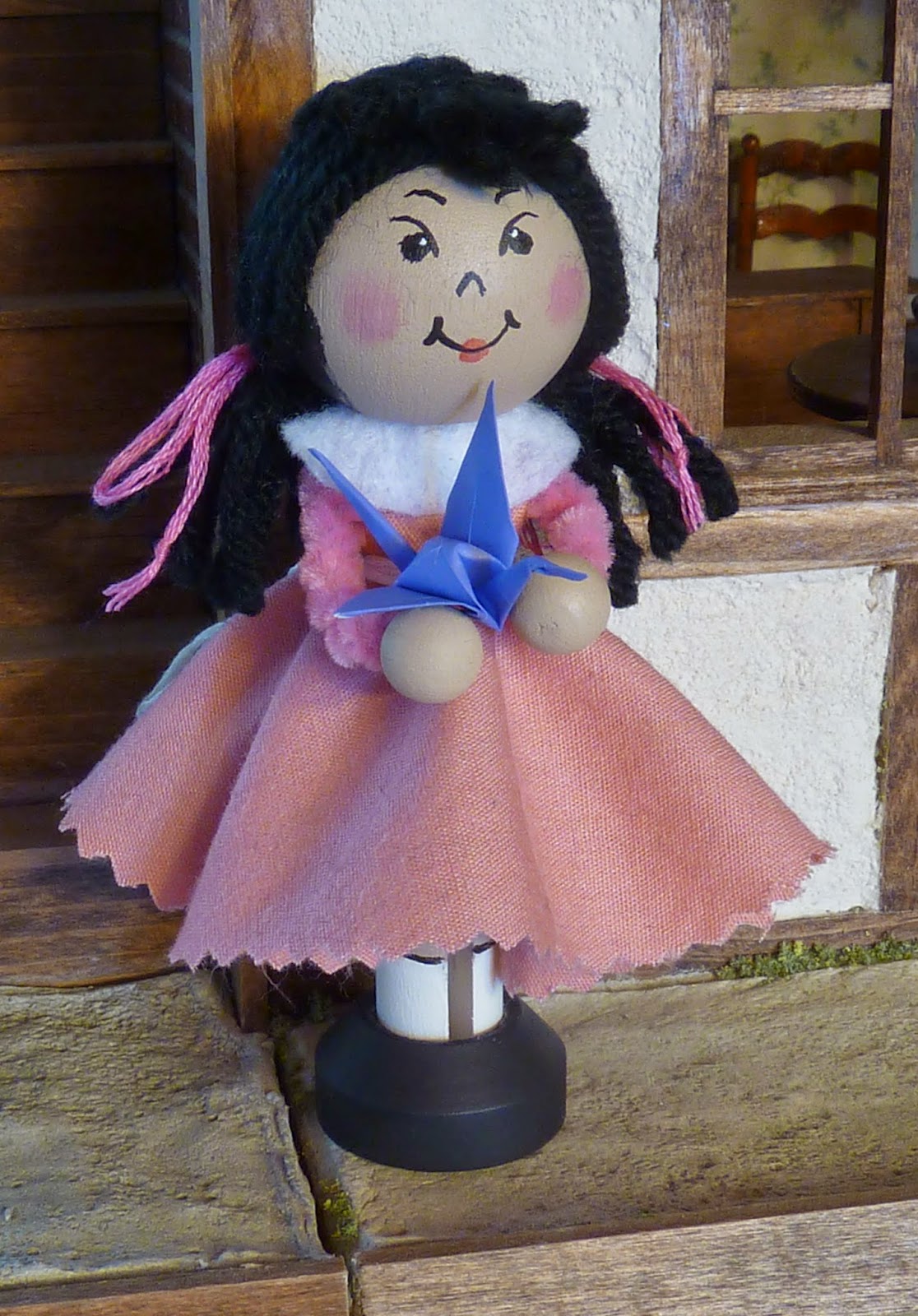 Sadako was just 2 years old when the atomic bomb was dropped on Hiroshma, about a mile away from where she lived. She was home at the time, survived the initial blast, but 10 years after, she developed leukemia from the exposure to radiation.

While in the hospital, she remembered a Japanese legend: if you fold 1000 origami cranes, your wish will be granted. Sadako had plenty of time for folding cranes, what she didn't have a lot of was paper.

Apparently she asked other patients of the hospital if she could have the paper wrappings from their "get well" presents. She used medicine wrappings and anything she could find to fold cranes with.

Sadako died at 12 just years old. There is some debate as to whether she completed her goal of 1000 cranes.

Either way, she has become a powerful symbol of peace, and a face for the innocent victims of war.

Email ThisBlogThis!Share to TwitterShare to FacebookShare to Pinterest
Labels: Clothespin

A Clothespin Doll a Day

A dolly made out of a clothespin.

One doll, finished and photographed every day for 1 year. 365 clothespins turned into dollies.

Why? *shrug* Just 'cause! They're simple. They're fun. They're cheap. And anything that makes you more creative HAS to be good for you, right? Right!