I apparently I'm on a family kick. First the Armstrongs and now, Florence and her family.


Florence is married to Ted, her best friend from college.

Their kids, Peg and Pip, aren't clothespins (maybe they're adopted?) but Ted and Florence love them anyway.

This is Florence with Peg: 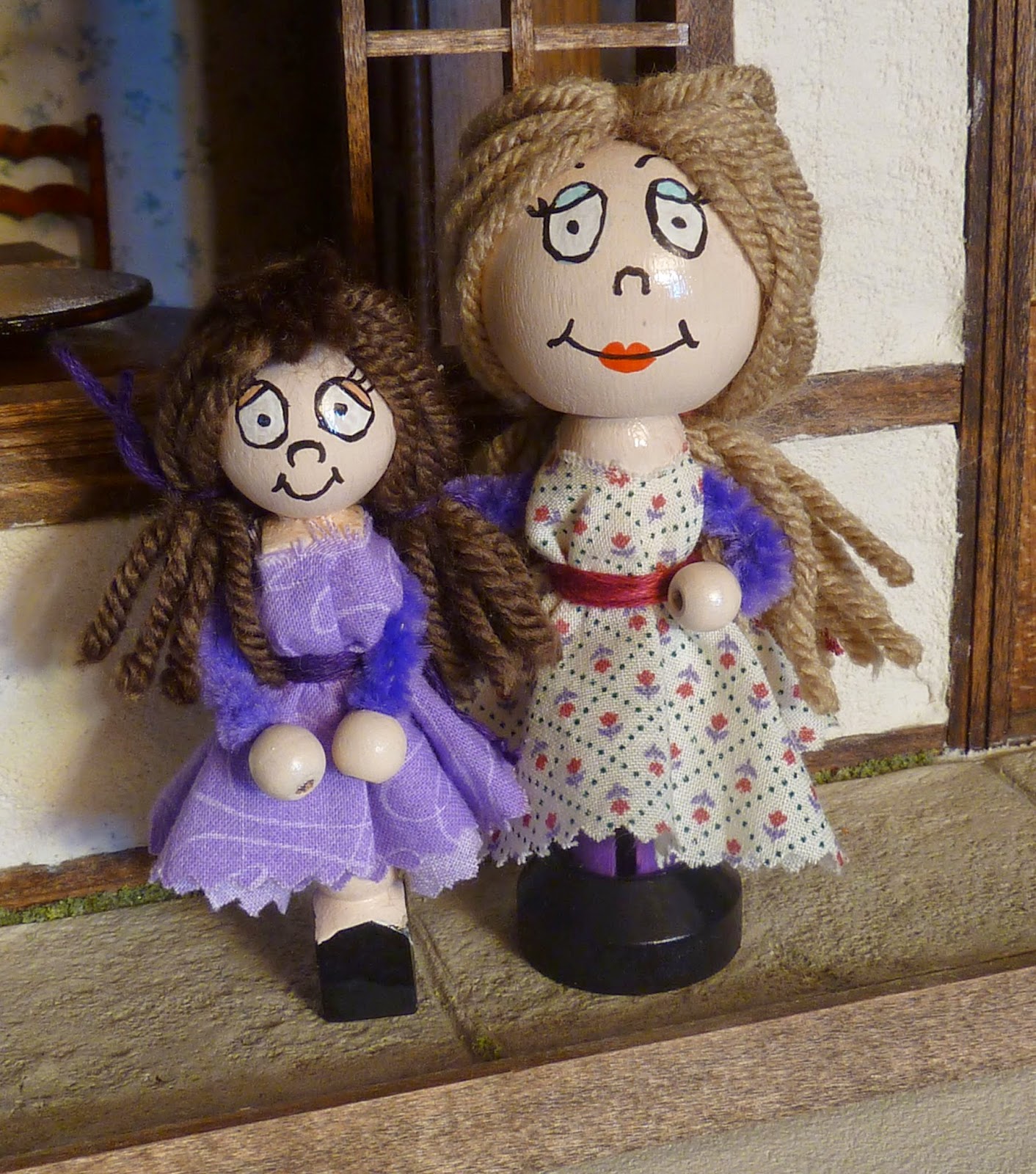 365 really is just too many clothespin dolls to have running around the house. They'll be bored here anyway. So, there's been some interest in buying them and I might just give it a try!

Wish me luck! And if you want a clothespin doll of your own, either stop by Norm's or check out their website in a day or so (clothespin dolls on the Norm's site - click here - Clothespin Dolls ).

Email ThisBlogThis!Share to TwitterShare to FacebookShare to Pinterest
Labels: Clothespin

A Clothespin Doll a Day

A dolly made out of a clothespin.

One doll, finished and photographed every day for 1 year. 365 clothespins turned into dollies.

Why? *shrug* Just 'cause! They're simple. They're fun. They're cheap. And anything that makes you more creative HAS to be good for you, right? Right!